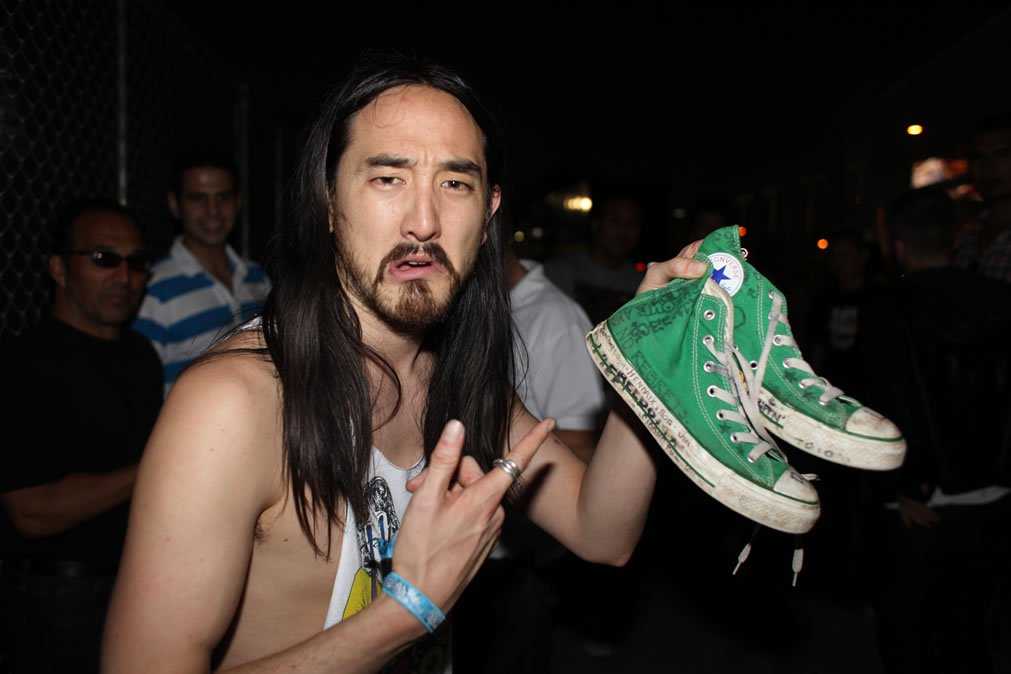 Miami born EDM producer Steve Aoki was last night escorted from the stage during a performance of the Together Tour in Torino, Italy. The performer was seen to become extremely flustered on stage before mounting his mixing desk and dry humping one of his unplugged Pioneer CDJ stage props before being dragged from the stage by security staff.

Rumours emerging from Aoki’s camp suggest that the ‘DJ’ has been feeling drained after a sustained period on the road and has recently been taking ecstasy to give him the energy needed to repeatedly press the play button during his marathon one hour shows. It is believed that in a pill mix up, Aoki, swallowed 2 Viagra believing they were ecstasy tablets, causing him to go into a trance like state of sexual deviancy.

The Torino venue’s head of waste management and legitimate businessman, Pauli Casterimano said, ‘It was a disgrace, the crowd was full of children, including my 14 year old daughter. I mean, this is an EDM event not some debauched free for all.’

‘He looked directly at me and there was no life in his eyes, he was like a some kind of vampire only instead of lusting for blood he was looking for somewhere to put his little cannoli. I’ll make sure he never plays this town again, capiche!”

Ticket Tout Retires Due To Lack Of Support From Music Industry

I accept use of cookies
PRESS ESC TO CLOSE